Well that was a truly magical couple of hours. We’re quiet this week at Badwell Ash Holiday Lodges so tonight we took the opportunity to sit out on the deck at Heron Lodge and take in the midnight atmosphere. It was a crystal clear night, a full moon, minus 3 degrees, and completely windless and still. Surprisingly, the night time noises are almost as loud as in the day.

Starting with owls, the tawny owl was making its classic hoot, whereas the screech of the barn own was somewhat scarier than you might think. On the lake the mallards and moorhens were squabbling, and from time to time we heard the startled cry of pheasants and partridge, no doubt disturbed by a passing fox.

The muntjac deer bark is much louder than you would expect from a small animal, especially at night when it all sounds closer than it really is, and we heard a similar call perhaps a chinese water deer, although we wouldn’t swear to that.

Something was swooping over the lake, we’re fairly sure they were daubenton’s bats which we see a lot in the summer, although that would be odd at this time of year as they should be hibernating, safe in holes in trees and banks. Nevertheless there were bats of some description.

There is a total absence of electric light pollution here which makes star gazing a fabulous experience. The full moon - which was in ‘wolf’ colours earlier in the evening - dominated the night sky, which prevented us from seeing the ethereal glow of the Milky Way (visible on nights with a lesser moon) but the stars were perfectly bright nonetheless. We didn’t, but could easily have read a chapter of our books by moonlight.

What a shame that we had to turn in at 2.30am, the thought of getting the kids up for school in just a few hours finally persuading us to call it a night! 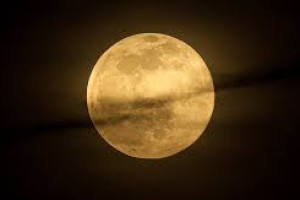